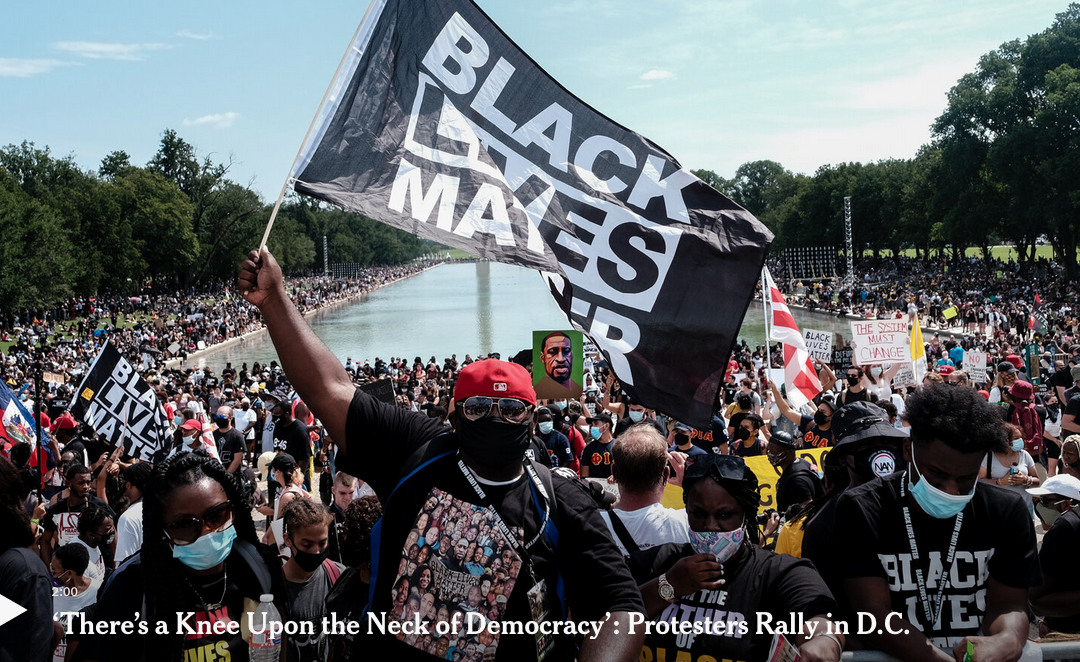 Protesters Hope to Rekindle Spirit of 1963

Thousands gathered for a protest on Friday aiming to recall the March on Washington and the Rev. Dr. Martin Luther King Jr.’s “I Have a Dream” speech.

WASHINGTON — Hours after President Trump stood on the South Lawn of the White House to rail against what he called agitators bent on destroying “the American way of life,” thousands of Americans streamed to the Lincoln Memorial, not a mile away, on Friday to deliver what frequently seemed to be a direct reply.

The march was devised in part to build on the passion for racial justice that the Rev. Dr. Martin Luther King Jr. summoned when he delivered his “I Have a Dream” address on that same spot 57 years ago. From the lectern at the base of the memorial, civil rights advocates and Black ministers often cast Mr. Trump as the prime obstacle to their goal, and voting to remove him as the first step toward a solution.